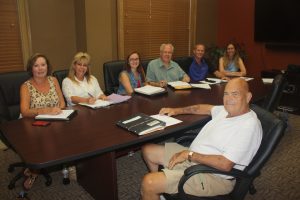 As the project developed, people began wondering about lighting up other historic downtown landmarks, which have been an integral feature of Burlington’s skyline as they are the first sight visitors see crossing the river. After years of fundraising and preparation, the Burlington Lightscape Committee unveiled their most ambitious project to date – illuminating eight of Burlington’s most well-known landmarks. Each day as dusk falls, the downtown skyline is transformed and brought to life by the soft glow of LED lights, accentuating the remarkable architecture of century old buildings. 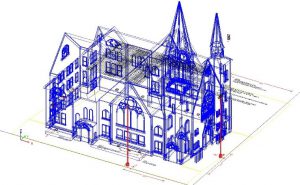 Fueled by accomplished engineers and designers passionate about the lighting industry, Energyficient Systems worked to provide exemplary design, leadership, and construction services – helping make the Lightscape vision a reality. Phase one of the construction project involved illuminating six individual downtown churches, with the unique feature of having them all controlled from  a single point. Each steeple became a focal point in the design, with the facade lighting tied to it. Depending on the location, LED lighting would cover one to three sides of the building. Using AGi32, a professional lighting design software, our design engineering team created accurate 3D models of each church to show committee members and supporters what the final project would look like and aid in the design process.

Each site presented its own unique challenges that had to be overcome in the design. Light trespass was the major issue. Light pollution can be as big of a concern in a small town as it is in a big city. Trees, surrounding buildings, and other constraints also had to be considered. And with the project being funded publicly through donations, it was critical that the lighting and control system be affordable. Energyficient chose to use Beacon’s Alpha series luminaires for its versatility, functionality, and compatibility. Throughout the project, 25 different fixture models were used to meet the diverse lumen and distribution needs. To take control of the outdoor lighting, Hubbell’s wireless wiSCAPE management platform was used. Installing internal and external fixture modules gave churches individual local control of their exterior lighting, which was tied back to City Hall through a wireless gateway network. Having central control allows the system to be managed, monitored, and measured quickly and efficiently.

Lighting the skyline of historic downtown Burlington proved that outdoor lighting and controls offered tremendous value not only in architectural design, but also in increased savings. Coupling 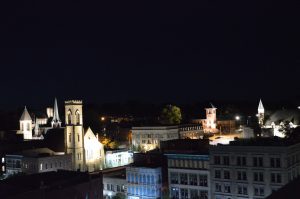 the new LED luminaries together with advanced controls meant churches would be seeing a decrease in power consumption – ultimately saving them money on their electric bill each month. Utilizing state-of-the-art technology ensures system integrity throughout it’s lifespan. Planning for the future, normal use light output was dimmed 20% to further extend the systems’s life – something that would have been much more challenging with traditional lighting and controls.

The railroad has played an important role in the history of Burlington. From the first rail line being incorporated in 1852 to George Westinghouse perfecting the air brake, the railroad and Burlington have a long history together. The Chicago, Burlington, and Quincy (CB&Q) steam locomotive has been on display at the downtown depot since 1961, when the railroad donated the locomotive to the city. 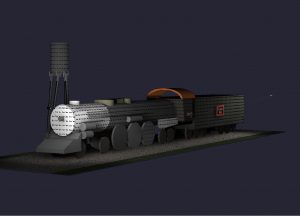 As one of Burlington’s prominent attractions, re-illuminating the locomotive was a must. Energyficient’s design team engineered an LED solution that dramatically transformed the nighttime display. Working together with local contractors, new poles were strategically installed around the locomotive to meet the needs of our engineered design. Modern LED fixtures were installed, casting bright, uniform light across the locomotive. Eliminating dark spots, while controlling light trespass and glare has made Burlington’s locomotive an outstanding point of interest for the community and it’s visitors.